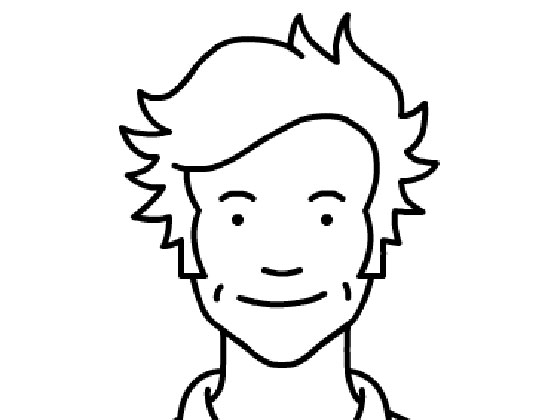 How did you start? I was on the dole in New Zealand for a while after I finished studying. That was depressing. My first proper job was making sets and props for a friend who did clay animation. Since then I’ve designed Christmas cards, and logos and banner ads and websites and iphone games and plenty of boring stuff. I’m quite lazy but I do like making things I haven’t made before. That’s pretty much been my only career goal so far.

What’s your story with Skype. It was very lucky for me to get that job. There are about 100 emoticons, so it was like a hundred different tiny projects. The dance one is my favourite. It was great to work with the master icon designer Jon Hicks, I learned a lot.

Do you think Skype is the best way to “telecommunicate”? How long is been since you have sent your last letter? I lived in England for 2 years recently, so Skype was great to be able to talk to my parents and grandmother back in New Zealand. In fact I did send a letter to my grandmother last year, because she doesn’t have email. Writing hurt my hand, I’ve nearly forgotten how. However after I wrote it, to save postage cost, I scanned it and emailed it to my Mum. She printed it and gave it to my grandmother. Ha. Writing letters makes you think about what you want to say, which is good mental discipline. Maybe telecommunication allows you to share the surface of your thoughts easily, but does not have the time for reflecting on your deeper feelings.

If sometimes is hard to “animate” (comfort, help) people, how could animate an emoticon? Pull faces in the mirror until it looks right. I guess I feel closer to someone if they use a smiley face. But it’s a general cheeriness, rather than the warm feeling of recognizing their face. I prefer text emoticons :-) to images

With your work, you save words. Internet is always doing that. Is this convenient for people, for language, for communication? You’re right, they are a time saver. The millions of times people write ‘WTF’ every day instead of you-know-what saves years when you add it up. Think how much free time we’ll have in the future when all words are turned into emoticons. Novels of the future will look hilarious, and will only take 6 minutes to read, which is lucky as the internet will have completely destroyed everyone’s attention spans.

How beeing so universal with your work? Trying to be universal probably ends up bland. I just try to make a nice job of things, and make things that seem kind of funny to me.